Cigarette smoke leaves odors that are long lasting and stubborn to remove. Many property managers, homeowners, and landlords who need to remove cigarette smoke odors permanently and in the shortest  time possible choose to hire professionals from qualified cigarette smoke removal companies for odor removal. They have the ability to provide complete smoke odor cleaning.

Types of professional cigarette smoke removal include Wet Fogging, which will utilize a cold fogger machine. The technician uses it to spray very small particles of solution onto the affected surfaces while suited up in protective gear. It can be applied to all surfaces and furnishings under controlled conditions. Wet fogging is a great way to penetrate hard to reach areas where odors accumulate. 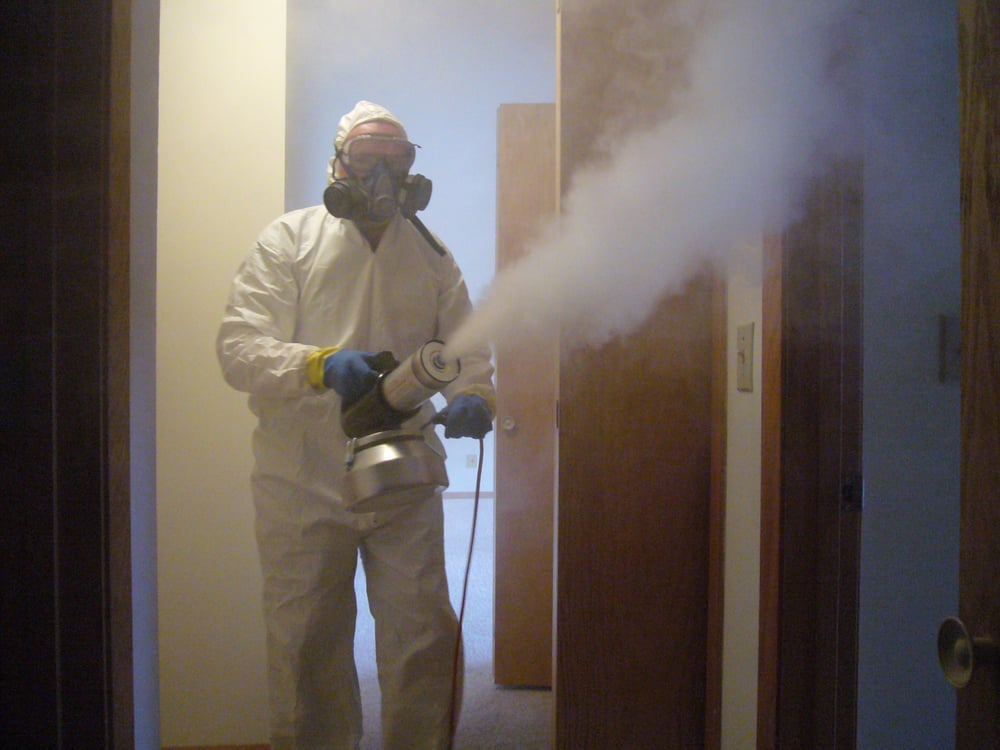 Thermal Fogging is a slightly different method in that it gives out a dry mist. It creates far less residue to the areas affected as it hangs in the air for a longer period of time. Thermal fogging releases very small size particles which can get deep inside surface pores, cracks and crevices where the smoke particles have penetrated and neutralize them.

Ozone shock treatment is a popular method for removing cigarette odors. How does ozone shock treatment remove cigarette smoke odors? Organic (living) substances like odors are composed of hydrocarbon molecules. These organic odor substances are often microscopic, invisible to the human eye.  The cigarette smoke odor is actually a chemical molecule called phenol gas. It bonds to all types of surfaces and is so small (about .001% the width of a hair) that its particles easily seep through walls and floors, clinging to other particles in the air and re-circulated in the ventilation system. No corner store or online home remedies can fully eliminate them 100 %.  However, professional odor removal companies experienced in cigarette smoke odor removal will guaranty 100% satisfaction when using their professional equipment and expertise.

Technicians using professional ozone generators will safely and quickly attack the phenol gasses that produce the toxic odors from cigarette smoke and replace them with fresh smelling air. The ozone generator will clean odors from the air by increasing the oxygen molecules to effectively scrub the air.

Ozone removes the odor by breaking down the odor molecules that are causing the unpleasant smells. Ozone is a very reactive molecule, which interacts with the particles in the air and on surfaces by attaching itself to these molecules. When connected, it chemically changes their structure and removes their odor, thereby creating non-offensive oxygen molecules.

Ozone is a naturally occurring gas found in the ozone layer of the Earth’s atmosphere, Ozone (O3) is the same as oxygen (O2), but with one more oxygen atom added in. It is often described as “activated oxygen” or “super oxygen”. In normal air conditions, ozone will cast off its third oxygen atom, naturally converting into oxygen. Ozone does not simply cover up unpleasant smells. It safely and quickly destroys smells at the molecular level. Because of its oxidizing properties, Ozone has the ability to alter, decompose and/or neutralize smells without creating additional toxic compounds or by-products of its own. Ozone has a smell that is easy to recognize, and in low levels makes the air smell fresh. It is one of the strongest oxidizers known to exist.